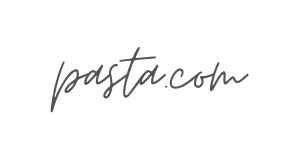 What are Pasta Cakes? Cake for lunch or dinner? Why not? Let’s explore how a mealtime staple gets turned into something fun to eat, just...
Read more
Fish

There aren't many pasta dishes that we categorize as life-changing, but Alison Roman's shallot pasta might be one of the few. If you're looking...
Read more
Dinner

15 Reasons Why Truffle Prices Are So Expensive

What are Truffles? Truffles are underground fungus and are known to be one of the most expensive foods in the world (Source: Money Inc). And...
Read more
Dinner

What is Red Velvet Pasta? Red velvet pasta is basically a pasta dish that uses beetroot. While I have yet to come across an exact...
Read more
Home Dinner 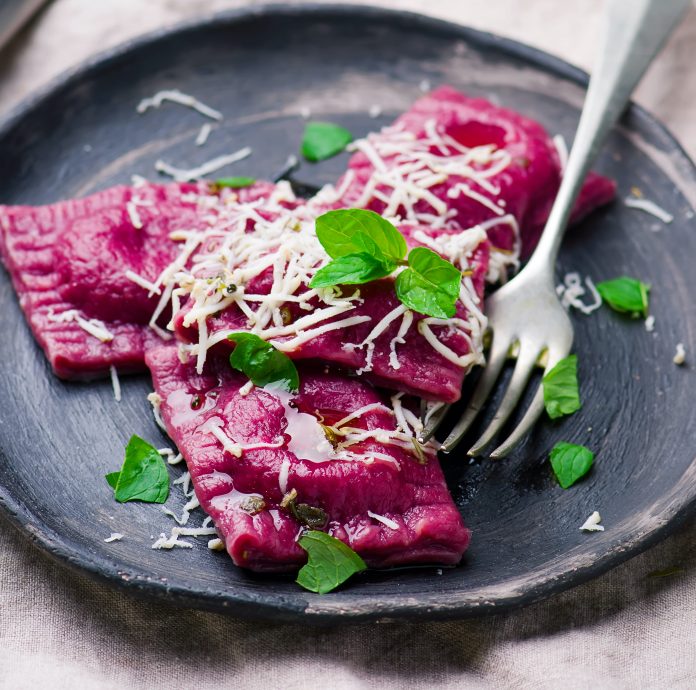 What is Red Velvet Pasta?

Red velvet pasta is basically a pasta dish that uses beetroot. While I have yet to come across an exact definition of ‘red velvet pasta’, all instances I’ve seen have either incorporated the beetroot into the pasta sauce or into  the pasta noodles itself. As you can imagine, most people use ‘beetroot pasta’ and ‘red velvet pasta’ interchangeably, but I’ve actually noticed that red velvet pasta recipes have an additional component – the cheese.

Just like a traditional red velvet cake which uses cream cheese frosting, pasta red velvet recipes have a cheesy ingredient as well. The most popular ones I’ve seen use feta, but you could easily switch this up and use goat cheese, alfredo or even a carbonara sauce.
So there you have it. We are officially declaring the difference between beetroot pasta and red velvet pasta…

Beetroot Pasta: A pasta dish where either the pasta noodles or pasta sauce have incorporated beetroots.

Adding Beetroot to the Pasta Sauce

The process of adding beetroot to your pasta sauce is actually pretty easy and it ends up yielding this gorgeous pink/red hue. If you want to add the beetroot directly into the pasta noodle itself, we have a couple of recipes for those at the bottom of the post as well. We would like to pretend that we’re only using beetroot to incorporate all these amazing nutrients into the dish, but in reality, we also really love it because it’s pink and it’s pretty on the plate. Here are a few of our favorite recipes!

I’ve had spaghetti with meatballs so many times that I couldn’t even count. I remember watching Lady and the Tramp as a kid, and then requesting spaghetti with meatballs for dinner later that night. And it had to be the big meatballs too, just like the ones in the movie, otherwise it didn’t count. If you had told me back then that I would one day trade out my meatballs and tomato sauce for a beetroot sauce, I would have thought you were joking – but boy would I have been wrong!

The flavor of the beetroot, walnuts, and chopped dill in this recipe is so satiating that you won’t even miss the meat in the traditional version of spaghetti. The secret to this recipe’s flavor depth (I think) is putting in the time in to roast the beetroot, onions and walnuts. While other recipes recommend cutting corners by using a beetroot paste, or boiling the beets, taking the extra time up front to roast them instead will yield the best flavor profile which is why this recipe is my favorite of the bunch.

Get the full recipe and directions from Waitrose

If you liked the sound of the first recipe, but don’t want to put the time and energy into roasting the beetroot (we get it – weeknight dinners need to be fast), this is the quick-and-dirty version. This Nadiya Beetroot Pasta recipe is a very similar recipe, except that you would boil the beetroot or buy the beetroot already cooked. It boasts that boiling the pasta is the only ‘cooking part’ needed and that the rest of the magic occurs in the blender. In addition to that, this recipe makes double the portion of sauce needed, so that half of it can be frozen for a later use.  We also love that the flavor is kicked up a notch with the addition of lemon juice and chilis.

Get the full recipe and directions from BBC Food

This recipe is for those who love their pasta extra creamy and cheesy. While it also uses beetroot in the pasta sauce, it has an addition of fresh cream which really makes it the cream of the crop…literally. This is also one of the recipes I mentioned that uses beetroot puree. So if you have fresh beetroot on hand, make sure to make the necessary adjustments to the measurements. And if this recipe or my jokes aren’t cheesy enough, feel free to add some pecorino or parmesan!

Get the full recipe and directions from Hetal Kamdar

I think one of the selling points of a beetroot sauce is that it’s healthier than traditional spaghetti sauce. So this recipe is for those who want to really take the healthiness up a notch by swapping out the regular refined pasta for a whole grain pasta. According to Healthline.com, whole grain pasta (like the farro pasta used in this recipe) has lower calories and is higher in fiber content and macronutrients when compared to refined pasta.We also really love that this recipe uses sun-dried tomatoes and fresh ricotta – yum!

Get the full recipe and directions from Martha Stewart

To make any of the above recipes vegan, you can easily swap out any of the cheese ingredients for vegan cheese versions. But we thought it would be fun to throw in something a little bit different (in case vegan cheese isn’t your thing). The secret of this recipe is that it uses beets along with garlic, almonds, and olive oil to make a pesto-like sauce. Ever since we tried this, we’ve decided that pink pesto is the best-o!

Get the full recipe and directions from The Kitchn

Adding Beetroot into the Pasta Dough

Making fresh pasta dough is not as intimidating as it sounds – you really only need flour, eggs, and a rolling pin. To incorporate the beetroot into the dough, you just need to adjust the amount of flour or eggs to maintain the correct wet-to-dry ingredient ratio.  Lucky for you, we’ve found the best tutorials to do this so you don’t have to do any of the calculations or guess work.

As mentioned, adding beets into the pasta dough will add more water to your dough recipe. To compensate for this you will want to remove some of the egg whites you would normally use in a dough recipe. To achieve this you will use mostly egg yolks instead of the entire egg. The tutorial here shows exactly step-by-step how to mix, knead, and roll out the dough. As always, practice makes perfect but it’s nice to have the experts give us a starting point.

For the Beet Purée:

Get the full recipe and directions from Serious Eats

The last recipe showed how to make fresh beet pasta noodles which you could technically put any sauce on and it would be delicious. But you can also make raviolis or tortellinis and get really creative with the fillings. Since we wanted to find a really innovative red velvet ravioli that did more than just add cheese, we were so stoked when we stumbled across this goat cheese and pumpkin ravioli.

As much as I love pasta and I love pumpkin, I had never actually had pumpkin outside of a latte or a pumpkin pie. While it sounds a little bit unconventional, it’s one of those combos that you don’t think will work, but that actually works beautifully. With Thanksgiving coming up around the corner, this would be an awesome addition to your Thanksgiving spread.

Sauce for one serving

Get the full recipe and directions from Just Eat Life

And there you have it – our favorite red velvet / beetroot pasta recipes! In fact, we actually had several more on the list and had to try our best to wittle it down to 7. What makes you excited to try these recipes? The healthy component? The pink component? Or a little bit of both?

If you really liked this recipe list, we think you’ll also really like our favorite polpette recipes.

What are Pasta Cakes? Cake for lunch or dinner? Why not? Let’s explore how a mealtime staple gets turned into something fun to eat, just...
Read more
Fish

There aren't many pasta dishes that we categorize as life-changing, but Alison Roman's shallot pasta might be one of the few. If you're looking...
Read more
Dinner

15 Reasons Why Truffle Prices Are So Expensive

What are Truffles? Truffles are underground fungus and are known to be one of the most expensive foods in the world (Source: Money Inc). And...
Read more